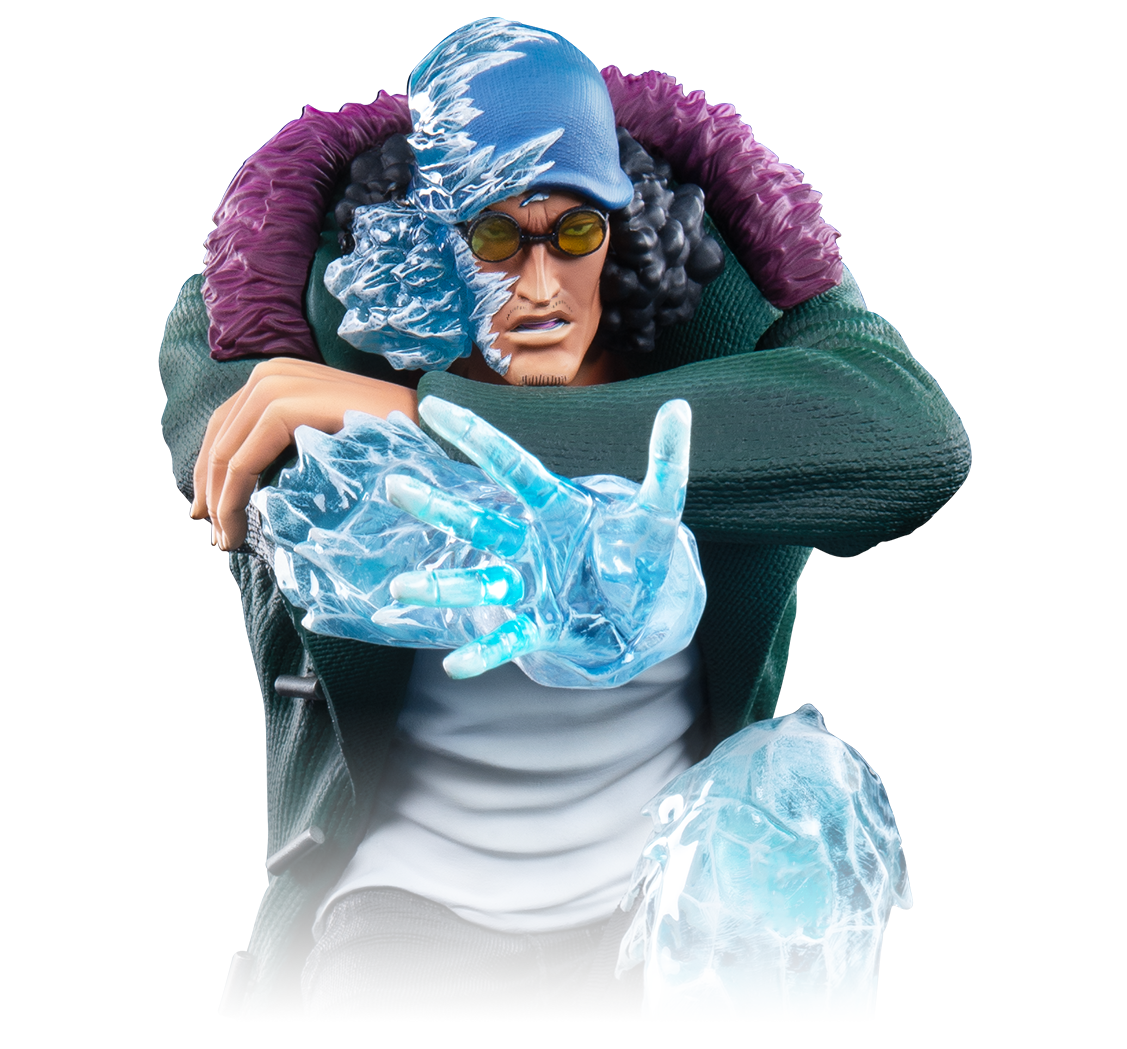 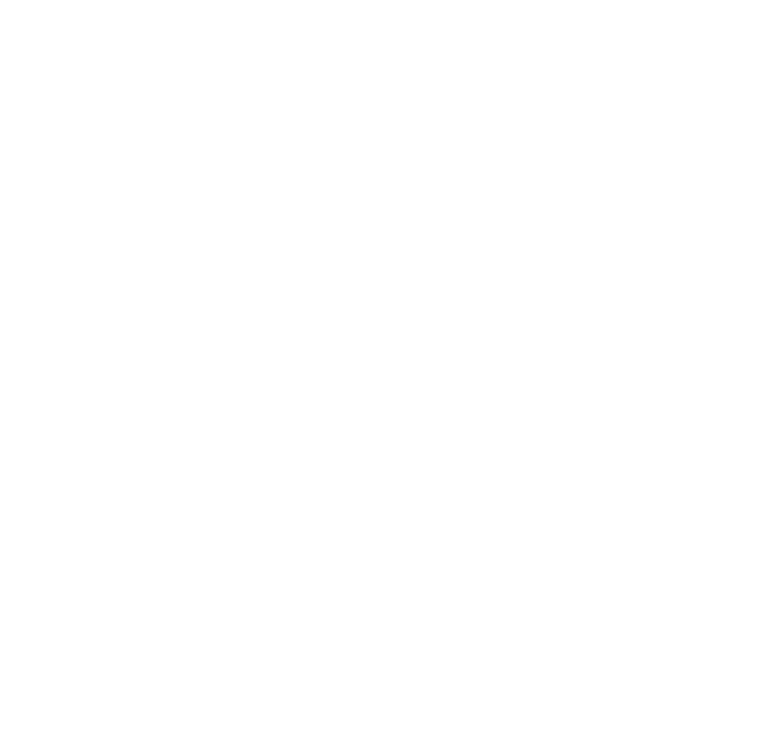 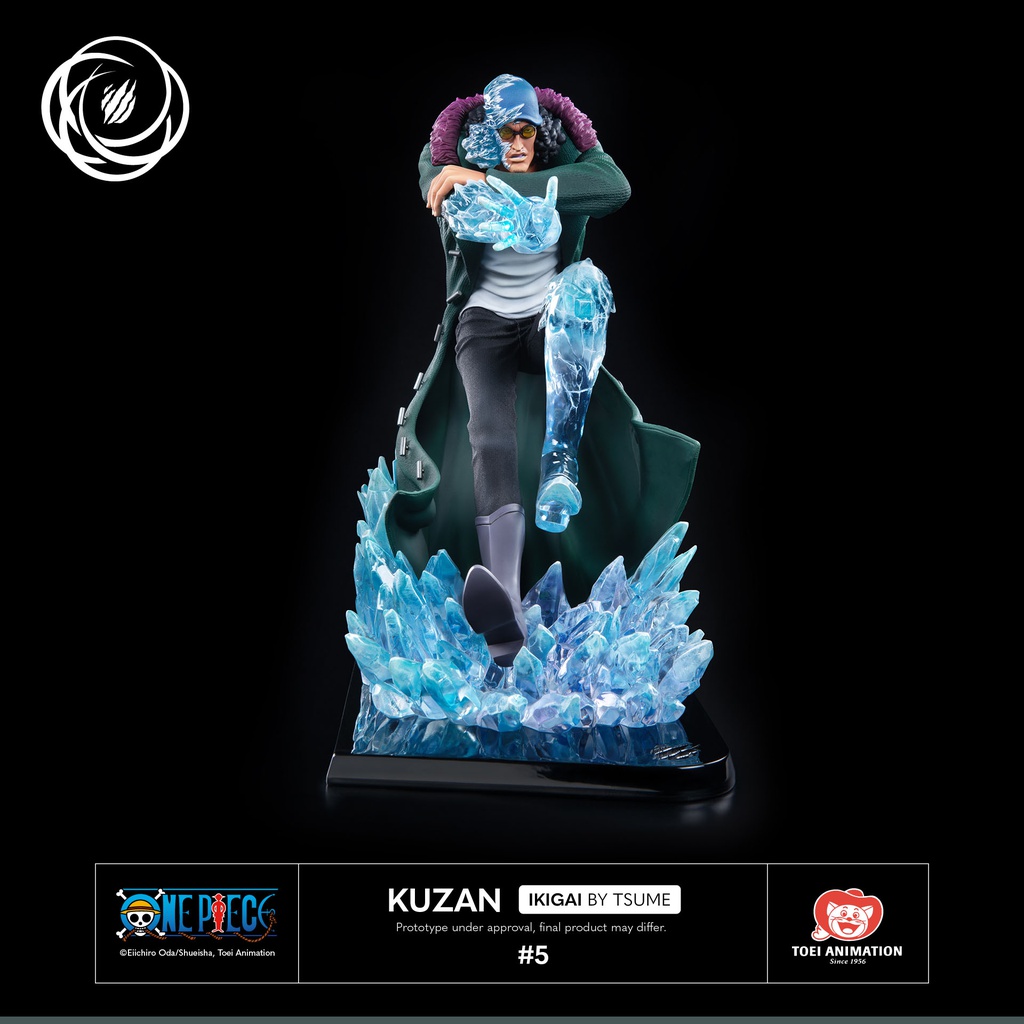 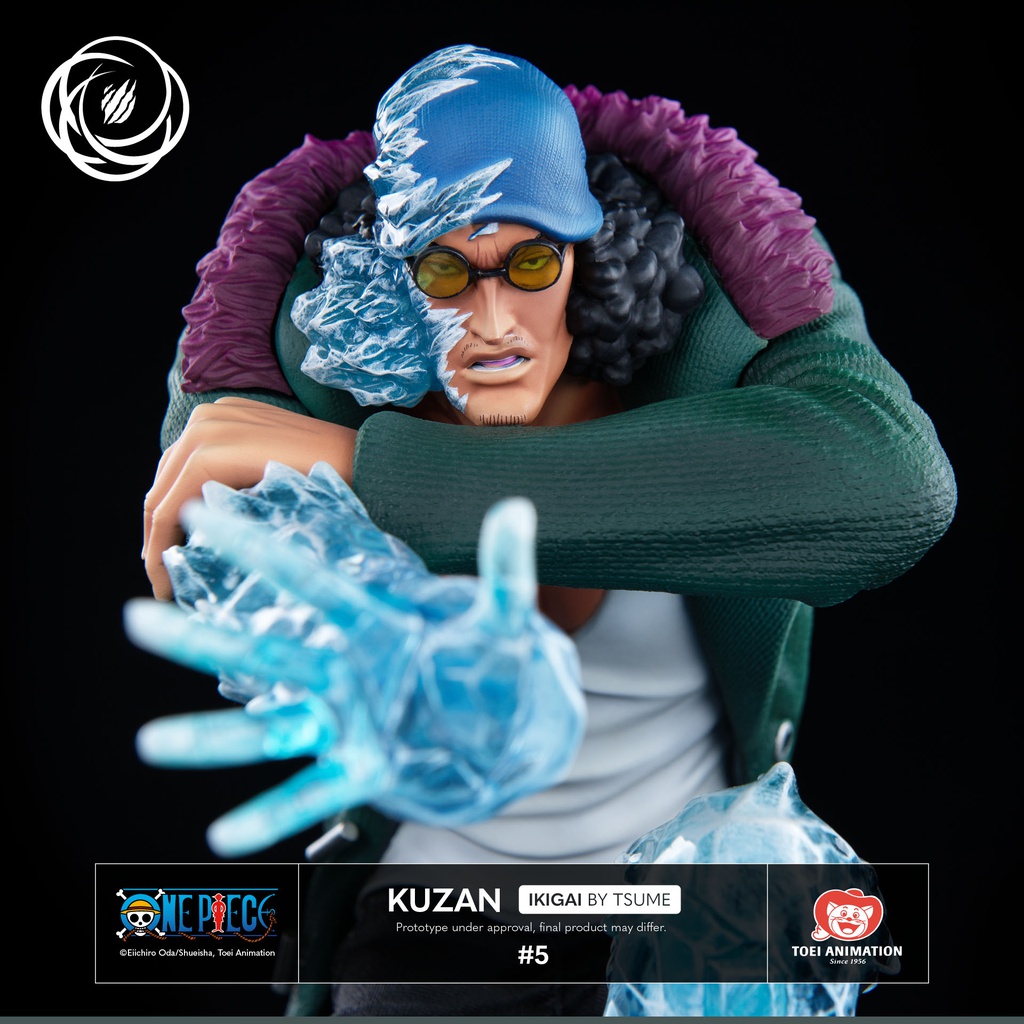 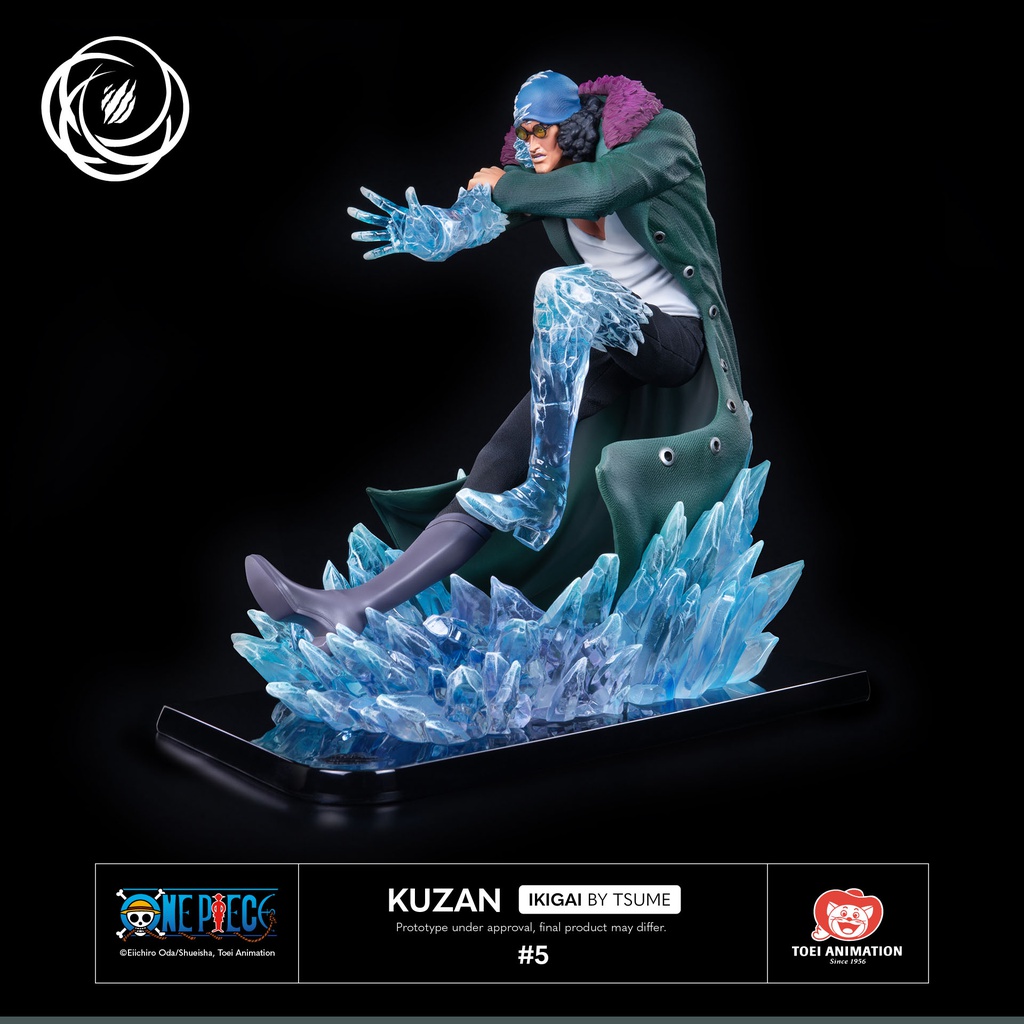 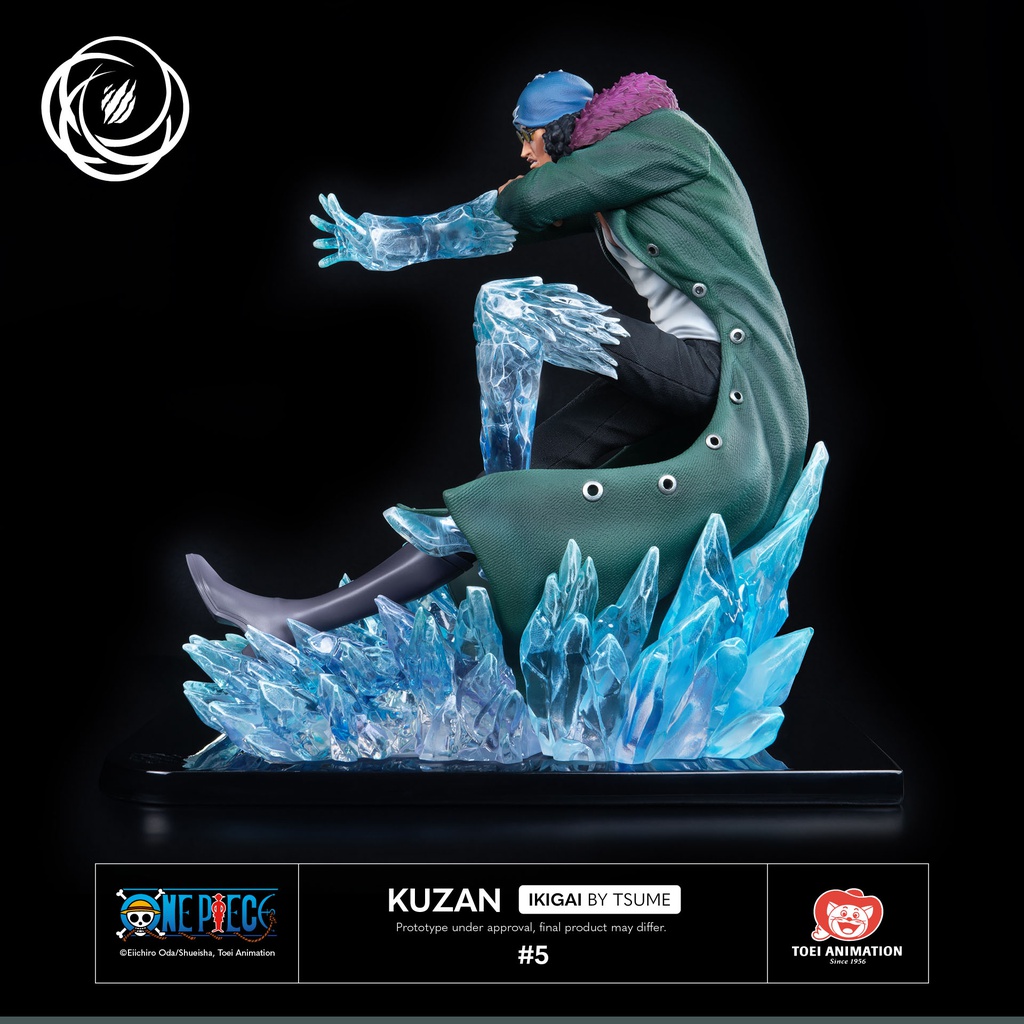 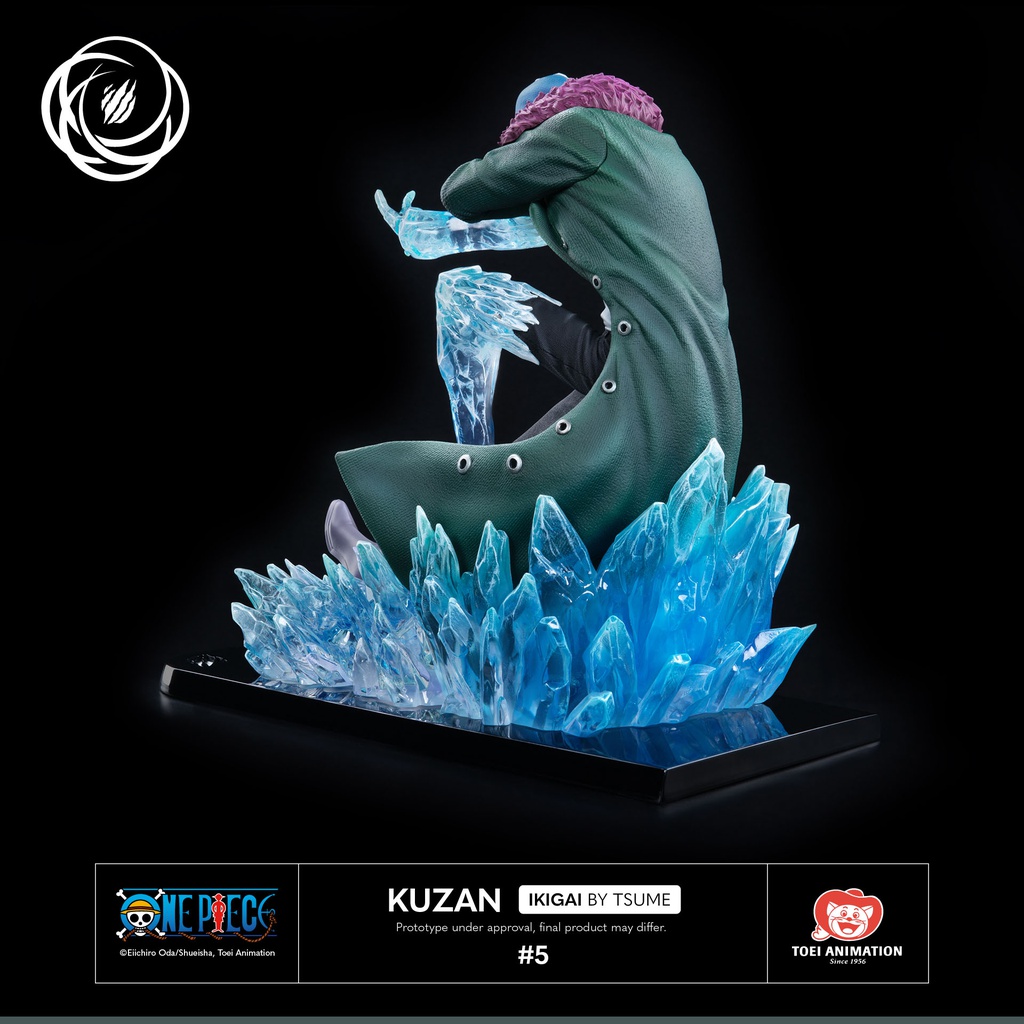 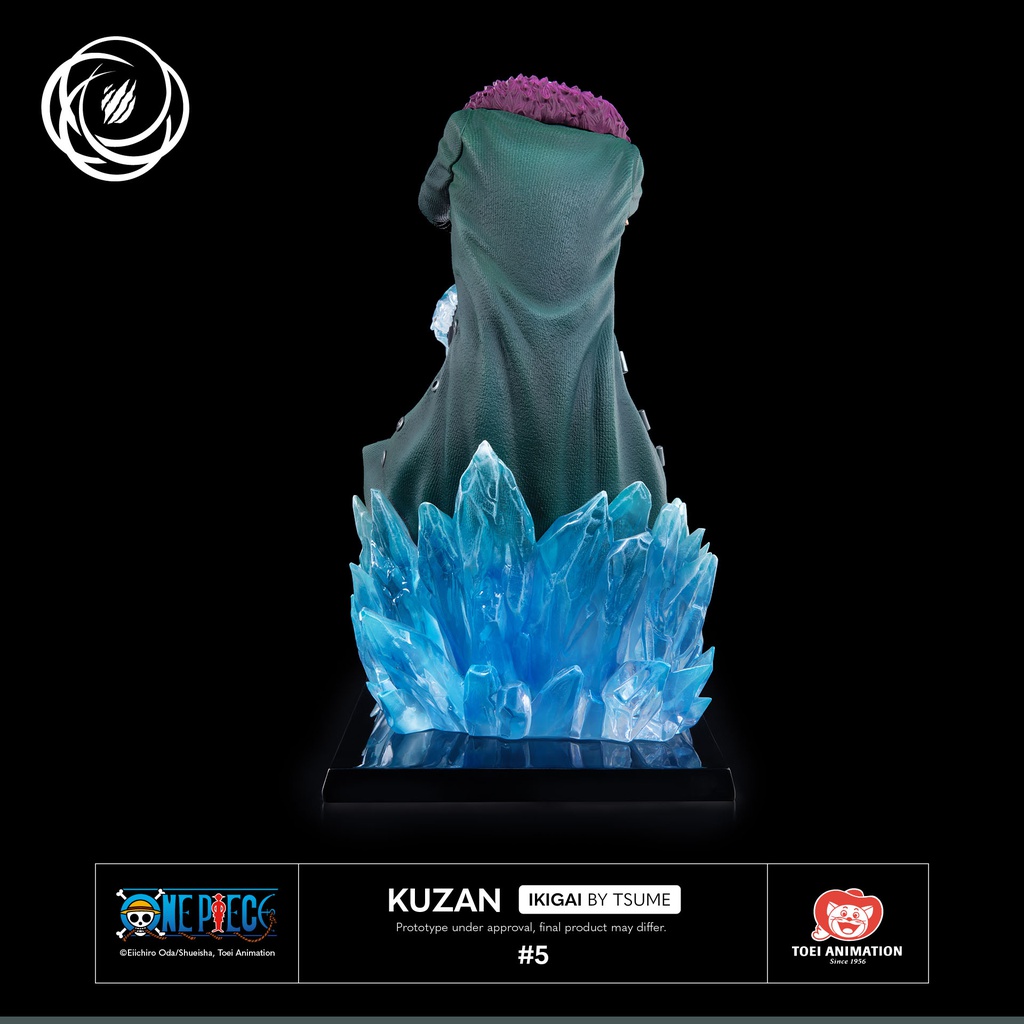 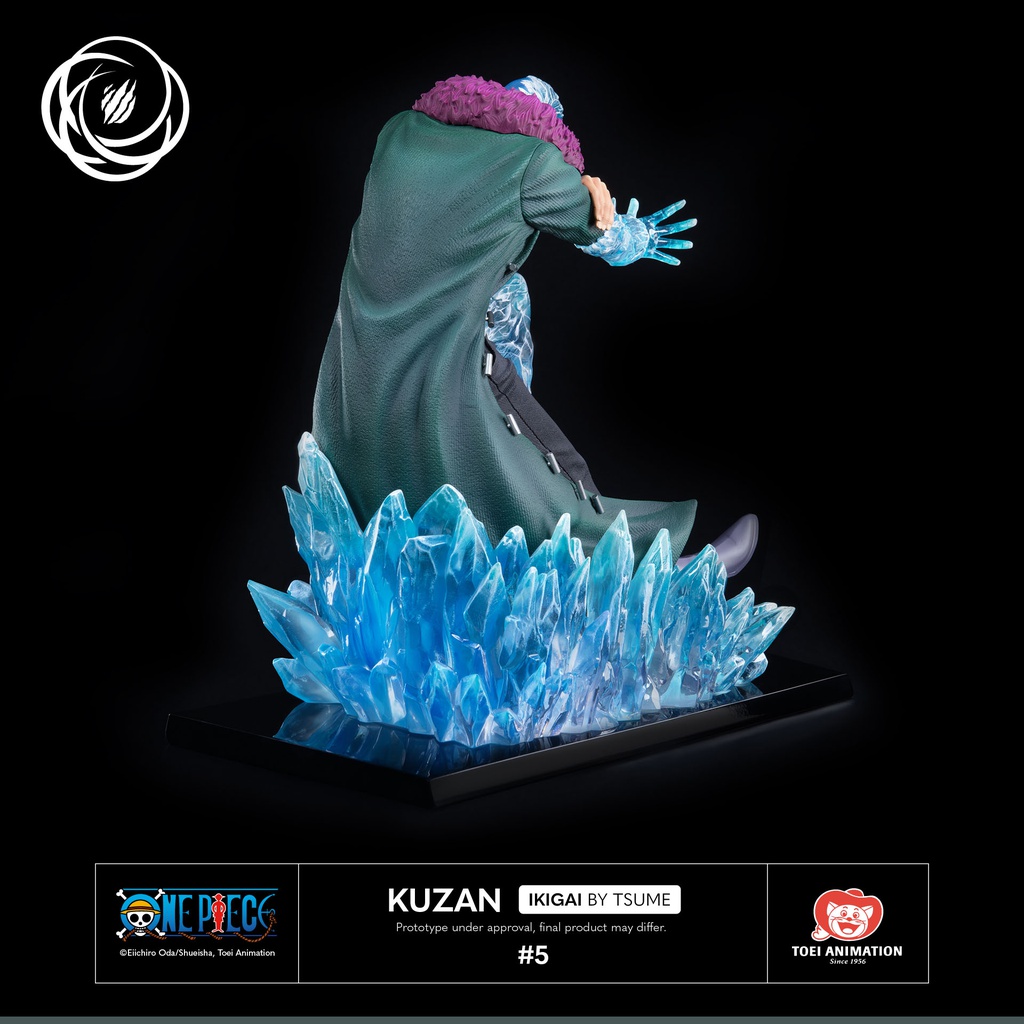 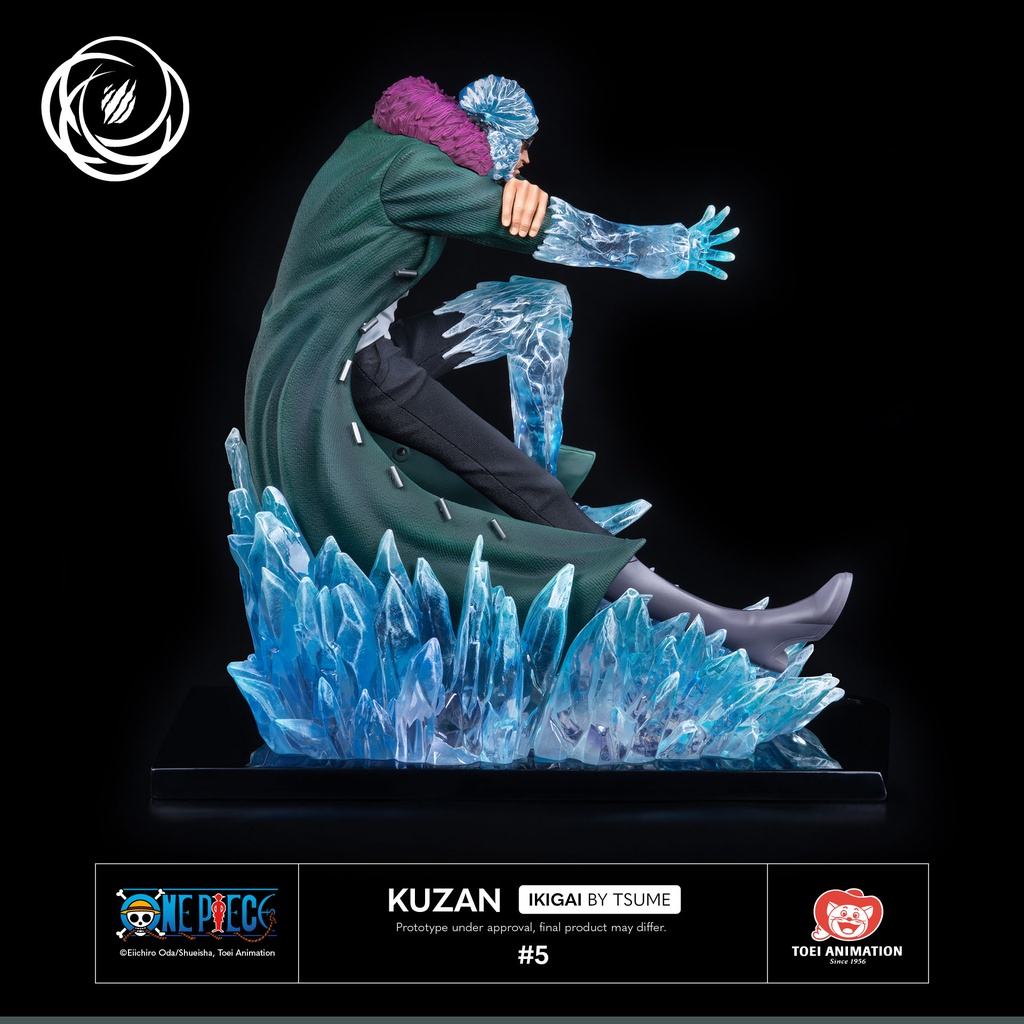 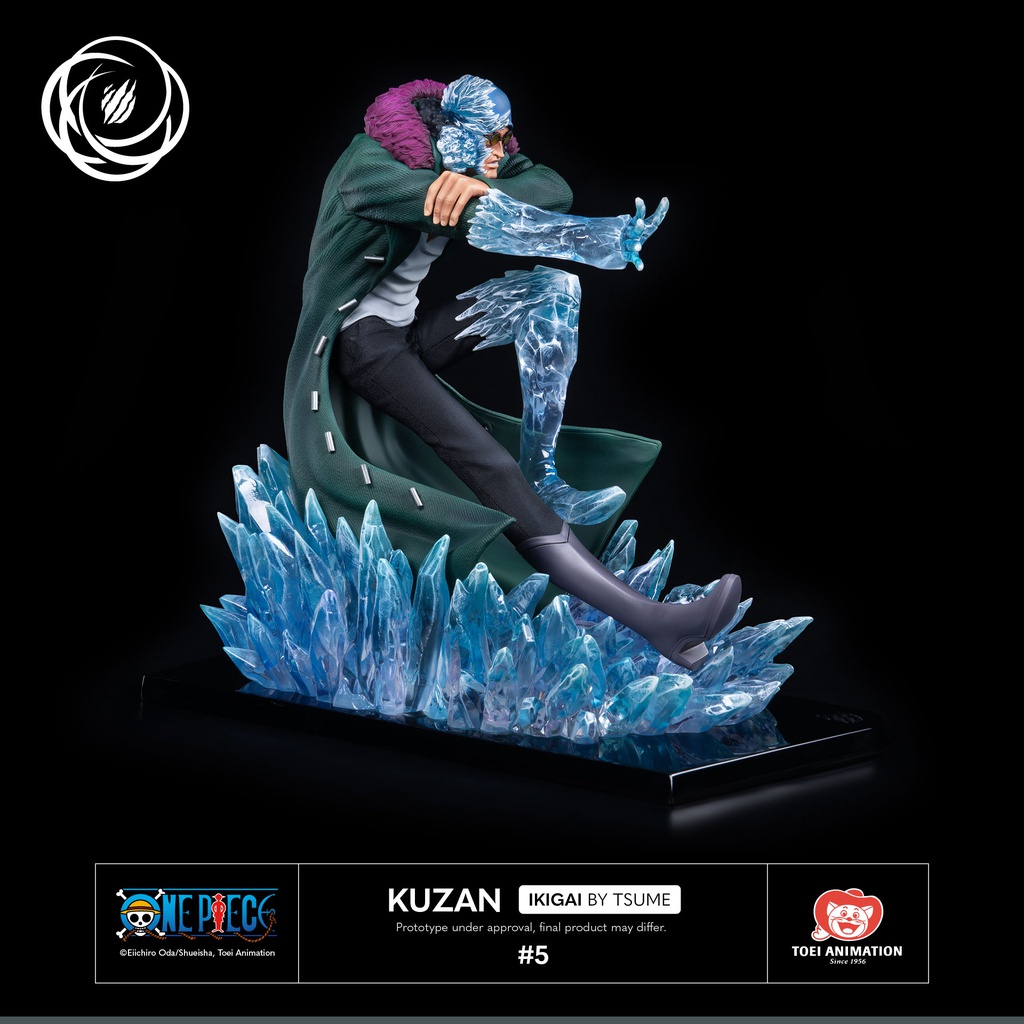 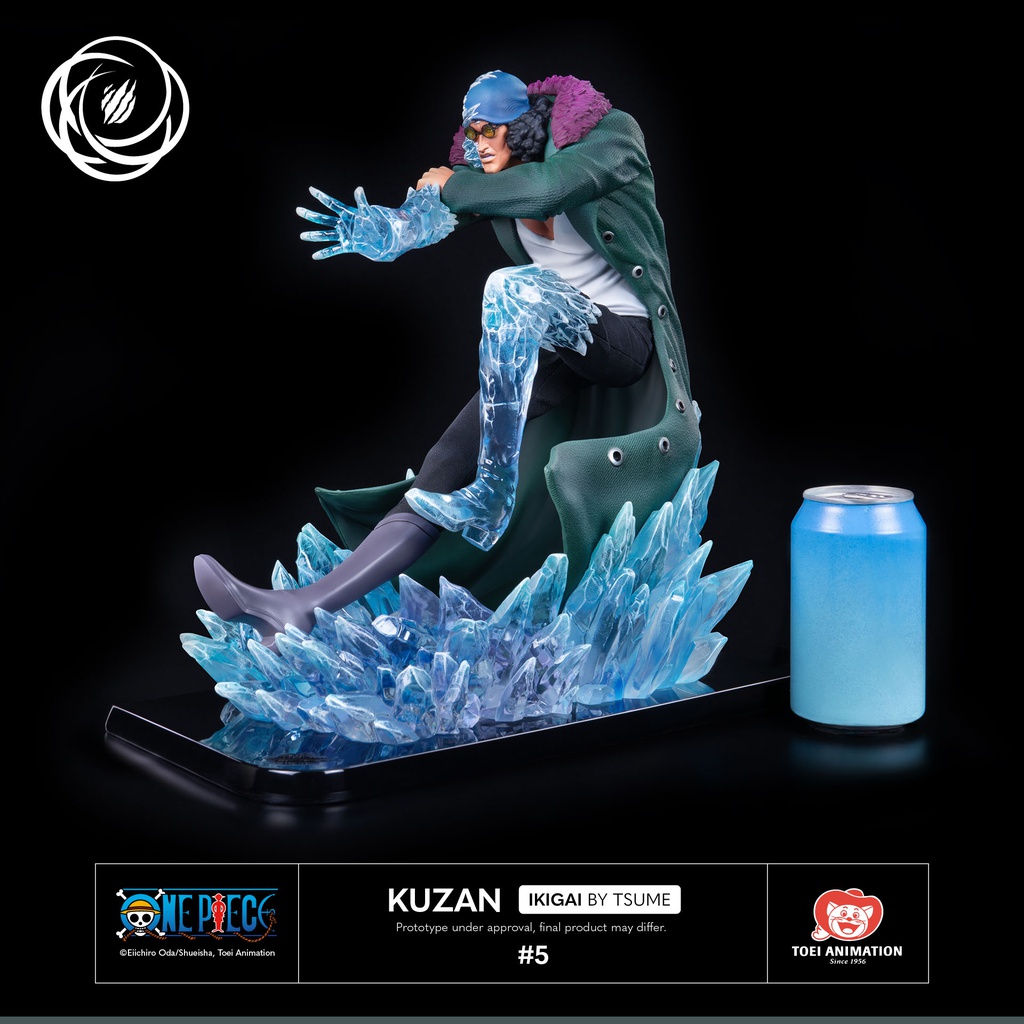 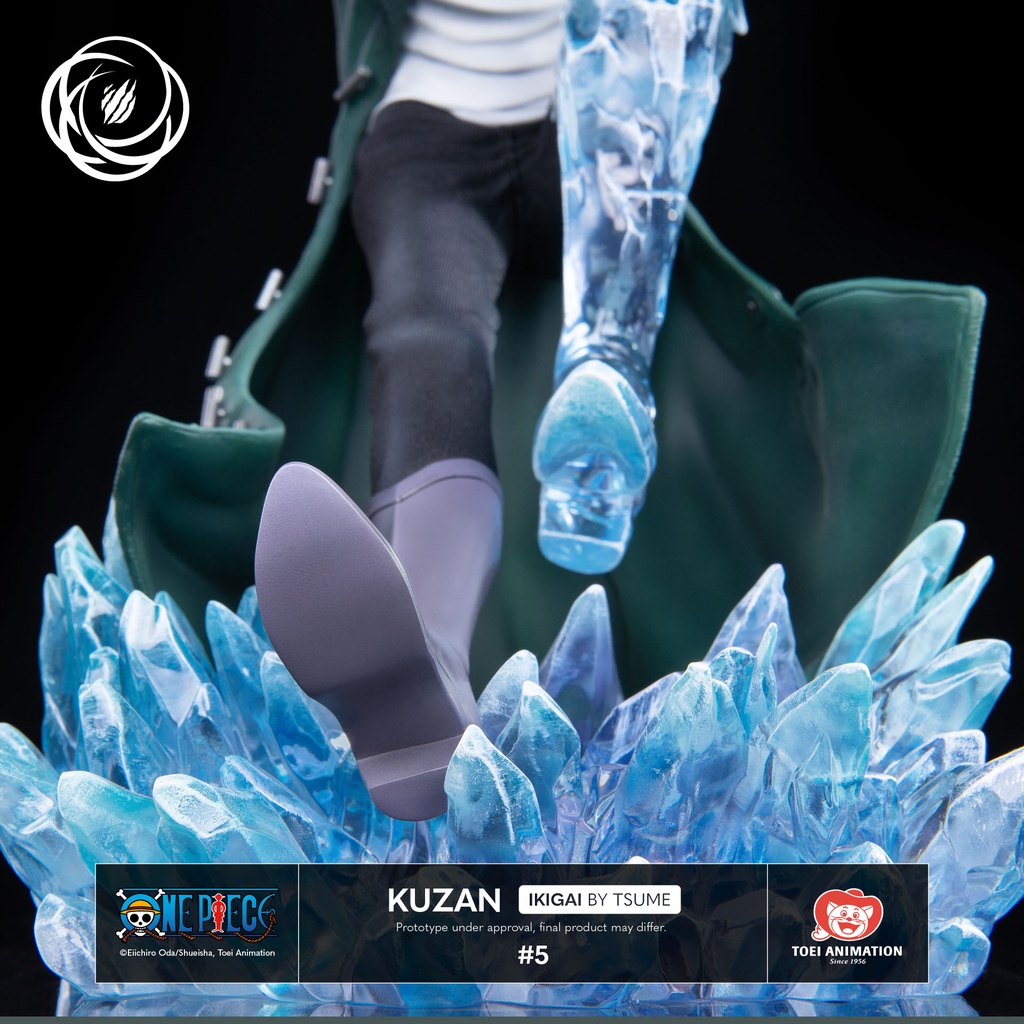 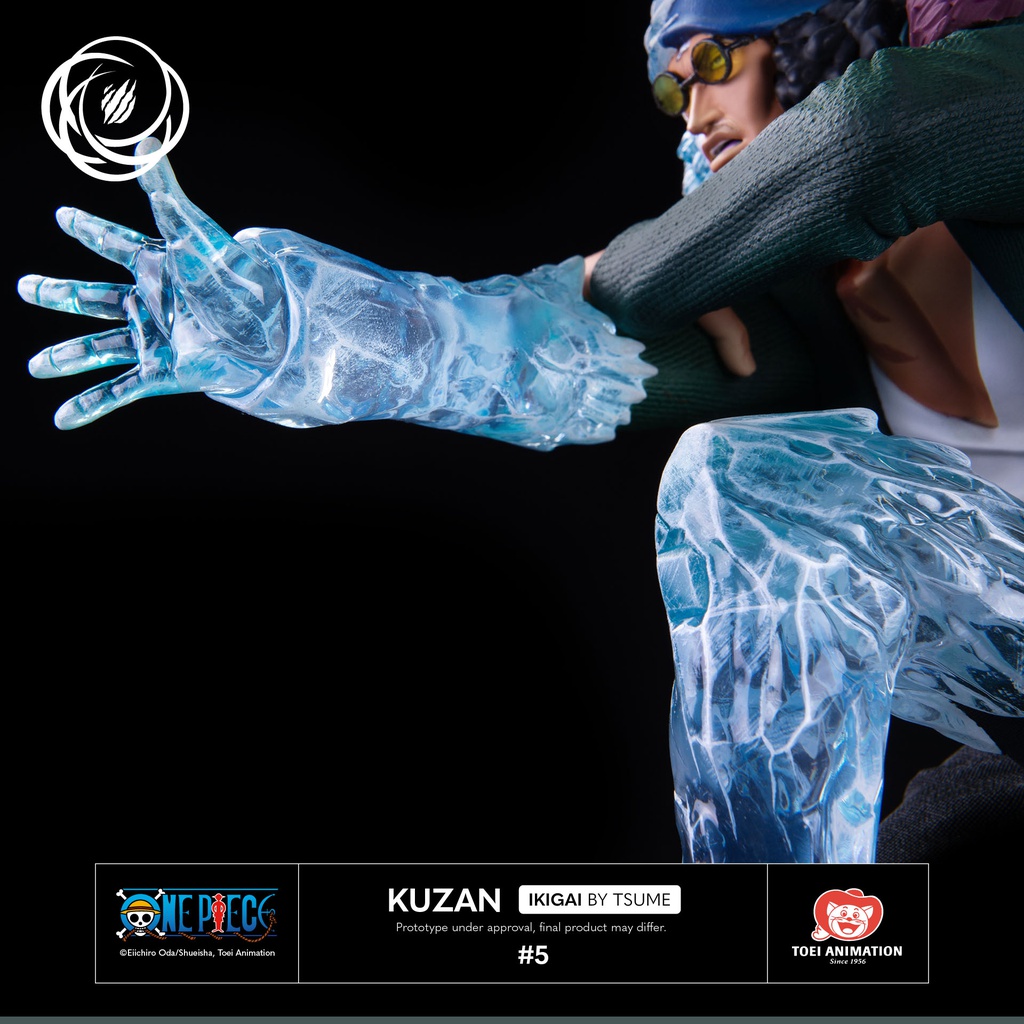 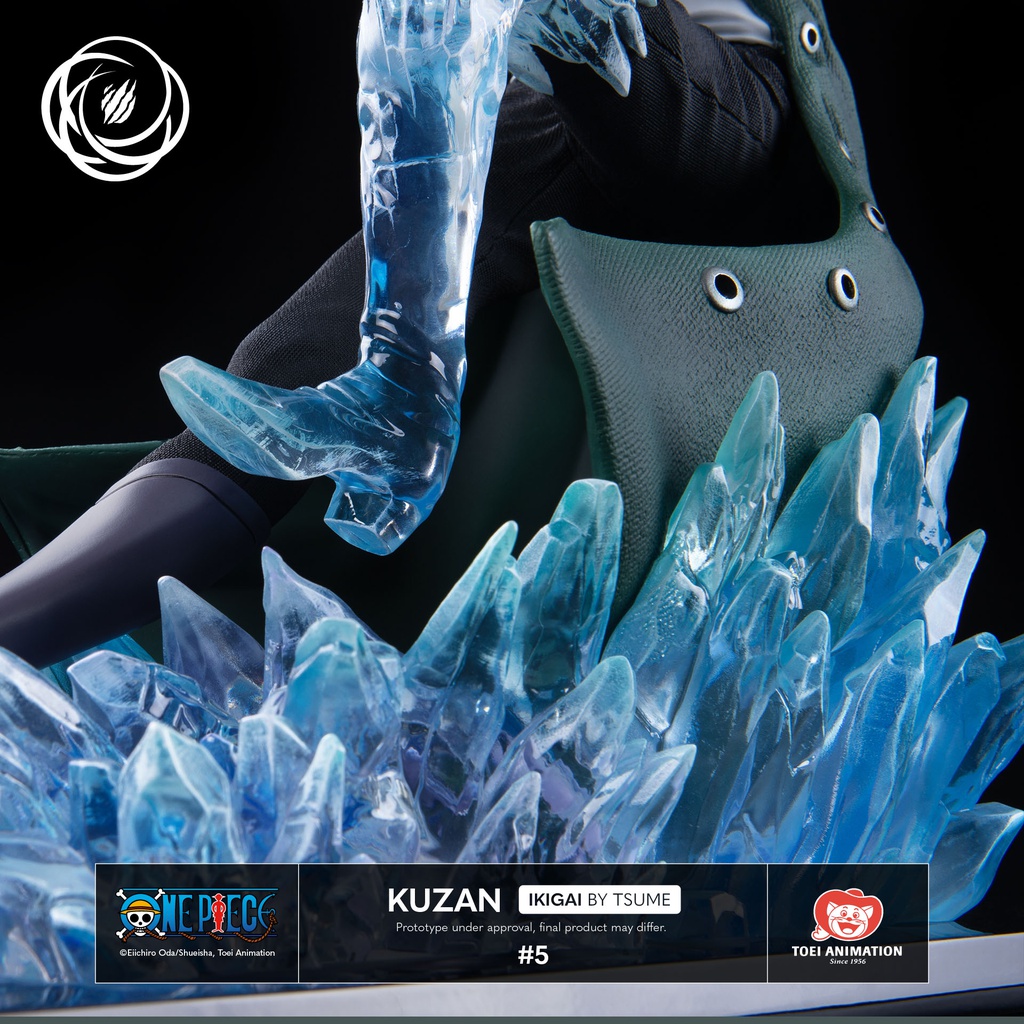 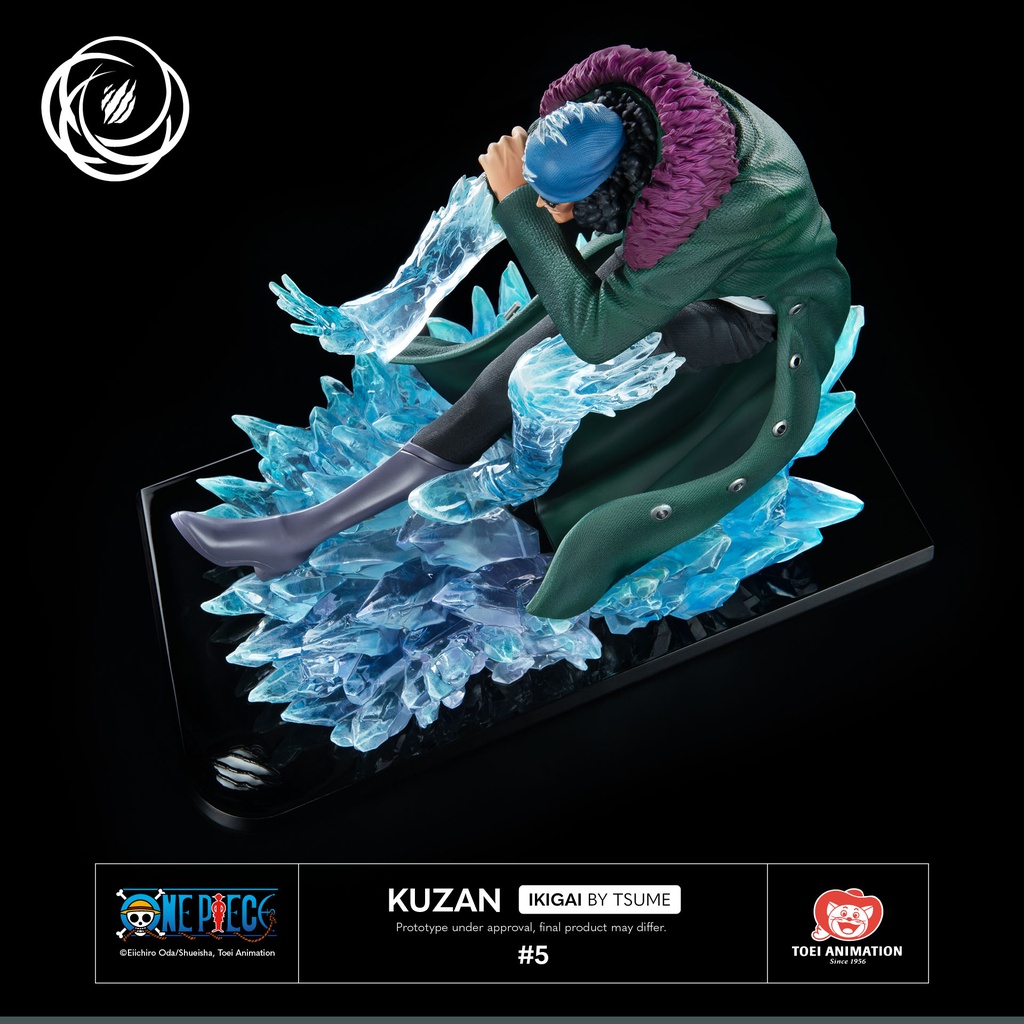 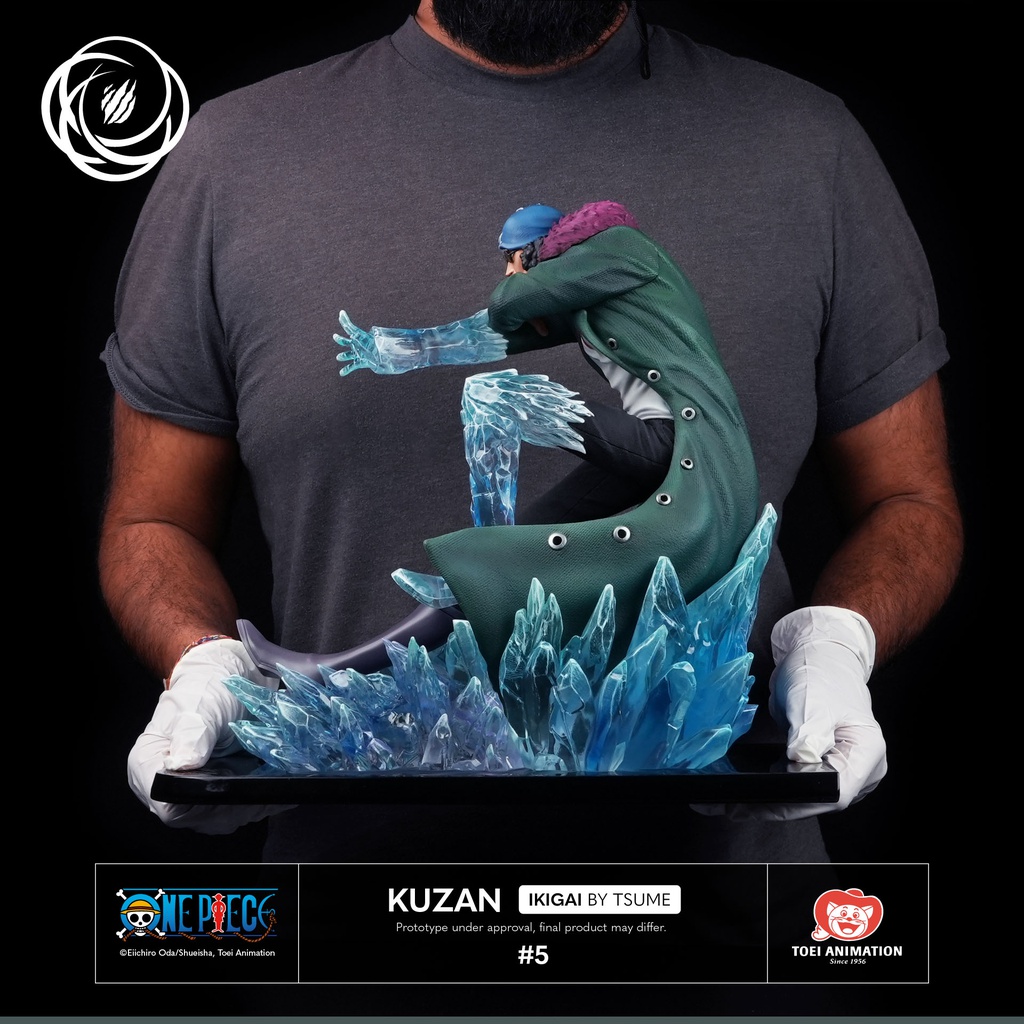 1 IN 5 CHANCE TO GET ONE!
Do you like surprises? Enjoy an ultra collector one with the Ultimate Edition! A different version of the Ikigai statue with one or more modifications compared to the initial Regular Edition and a print run that will not exceed 20% of the limited edition! Want to know more, here we go!
WANT TO KNOW MORE? 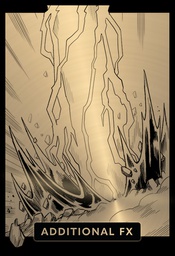 «Acting on orders is fine. But try looking at the world with your own eyes too » - Aokiji Kuzan

This Ikigai statue of Kuzan, aka Aokiji, features him in full demonstration of his powers! The mighty former Admiral is seen here after the ellipse, as he left the Marines, now wearing his round glasses, beanie, green long coat, black pants and boots. Having eaten the Hie Hie no Mi, a Logia-type Devil Fruit, he has the ability to turn his body into ice, as evidenced by his frozen arm and the right part of his face, or even the icy prothesis replacing his left leg lost during his fight against Akainu. In an attack position and displaying an expression of cold determination, the man capable of freezing tsunamis is preparing here an icy attack that will undoubtedly chill his opponent! Carrying out an icy response, the very intense cold resulting from it, comparable to liquid nitrogen, 195.79 ° C, creates a carpet of ice peaks in transparent resin extending to the feet of the cold-blooded avanger!Regular Edition : 3200 piecesUltimate Edition : 800 pieces
©Eiichiro Oda/Shueisha, Toei Animation 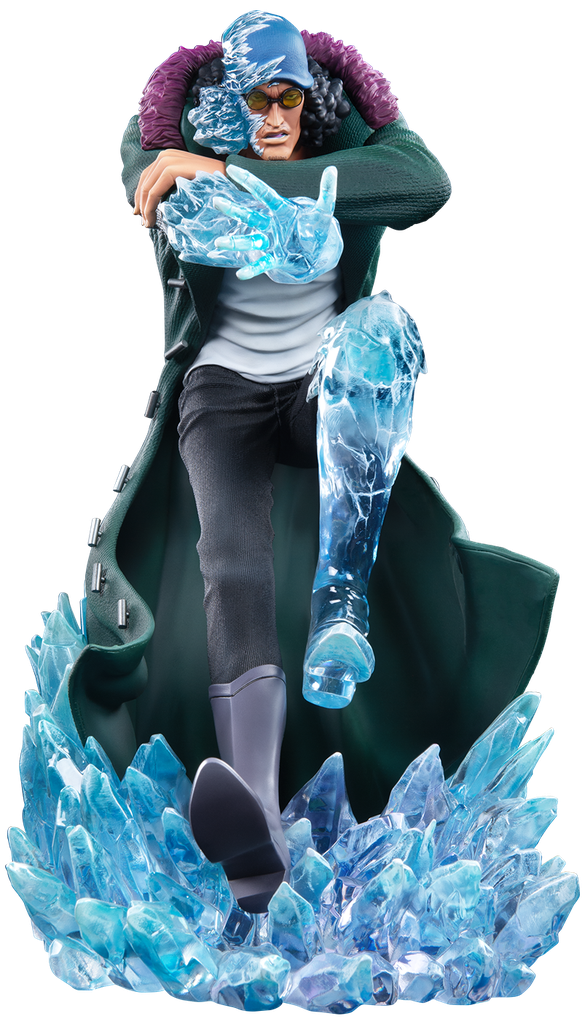 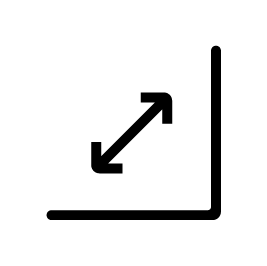 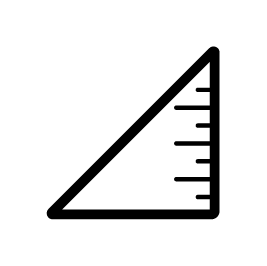 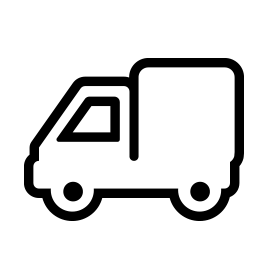